Call for protests against the NATO ‘Security Conference’ ..

Negotiating Instead of Shooting –
Arms Reduction Instead of an Arms Race

We are mobilizing against the so-called ‘Security Conference’ (“SiKo”), which will be held in Munich from the 17th to the 19th of February, 2023. Heads of state and government and politicians will be meeting there with top military officers and representatives of major corporations and the arms industry. The NATO countries call the tune there. What they are concerned about is securing the strategic dominance of Western capitalist countries and their corporations, not the security of people, here or elsewhere in the world. The main purpose of the Security Conference is to agree on a joint strategy of the NATO countries against their rivals Russia and China -- but above all, to promote and justify the increased arming of NATO.

In contrast to our governments, who justified and supported the wars of NATO countries against Yugoslavia, Afghanistan, Iraq and Libya etc., we are uncompromisingly opposed to the use of military force against other countries. Therefore, we condemn the Russian war of aggression, in violation of international law, against the Ukraine, and the associated annexation of Ukrainian territory. This was has already led to tens of thousands of deaths and injuries, to immense destruction and millions of refugees. The war threatens to escalate further and further, and may end in a catastrophe with the use of nuclear weapons.

The background includes: In 2014, the Donezk and Lugansk administrative districts in the Donbas declared their independence, because they were not willing to accept the right-wing coup d’etat that followed the Maidan protests. Since then, the Ukrainian government has been trying to reconquer these regions militarily. The background includes in particular the massively promoted eastward expansion of NATO, the withdrawal from all the joint arms-limitation treaties by the USA, and the intended admission of the Ukraine to NATO. All this was perceived by Russia as an increasing threat. Security guarantees demanded by Russia were roundly rejected by NATO. This course of confrontation, which we have criticized for years, does not justify Russia’s war of aggression against the Ukraine, in violation of international law, by any means.

The war in the Ukraine must be stopped.

Russia’s war against the Ukraine is now serving as a pretext for a long-planned gigantic armament programme. Germany’s military expenditures are intended to increased from 50.3 to about 70 to 80 billion euros annually, together with the annual share of the one hundred billion “Special Fund” for arming the Bundeswehr. Germany will thus catapult itself to third place in worldwide arms expenditure.

We advocate arms reduction and a policy of détente

Germany holds a scandalous fourth place in worldwide arms exports.
The customers of German arms dealers include dictatorial states, and ones waging war. One of them is Turkey, which is waging a bloody war against its Kurdish population, and occupies and bombs northern regions of Syria, in order to destroy the democratic and emancipatory project in Rojava. Saudi Arabia is also being supplied for its brutal attacks on Yemen.

International collaboration instead of confrontation

Military expenditures worldwide have now reached the astronomical total of 2,100 billion dollars. Of this, the NATO countries alone account for 1,190 billion dollars. That is 18 times as much as Russia’s expenditures, and four times as much as China’s. A fraction of this sum would be enough to end hunger throughout the world, and provide all people with medical care and access to education.
The present and future crises cannot be solved by larger and larger arsenals of weaponry, nor by capitalist competition, nor by great-power rivalry, but only by international cooperation.
In order to halt the greatest challenge of our times, the climate catastrophe, international cooperation and investments in billions are necessary. But even the completely insufficient reparations to the poor countries of the South for climate damages are not being paid.

Eliminate the reasons for their flight, instead of combating refugees

Wars, climate change, poverty, political persecution, and violations of human rights are forcing millions of people to flee. Only a few of them find protection in Germany. The German government shares responsibility for most of these reasons for flight. Unjust economic and trade relations, sanctions, and war are destroying the bases for life in the countries of the global south. But Germany and the EU are erecting barriers, driving back refugees illegally, in violation of their human rights, and let thousands drown in the Mediterranean every year. We will not accept this.

We stand in solidarity with all refugees. While we welcome the uncomplicated admission of people fleeing from the Ukraine, we also demand the same for all the others who have to flee from their homelands.

Take to the streets with us ffor disarmament and against preparations for war, for global social justice, for solidarity with refugees, and for a democratic, social, and environmental transform­ation of society.

Get involved – become active, for a politics of peace, disarmament, and consistent climate protection can only be achieved by growing pressure from society and a strong
non-parlia­ment­ary movement.

GET ACTIVE AGAINST THE NATO WAR POLITICS 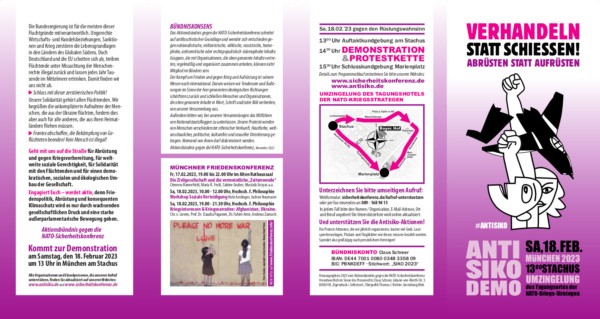 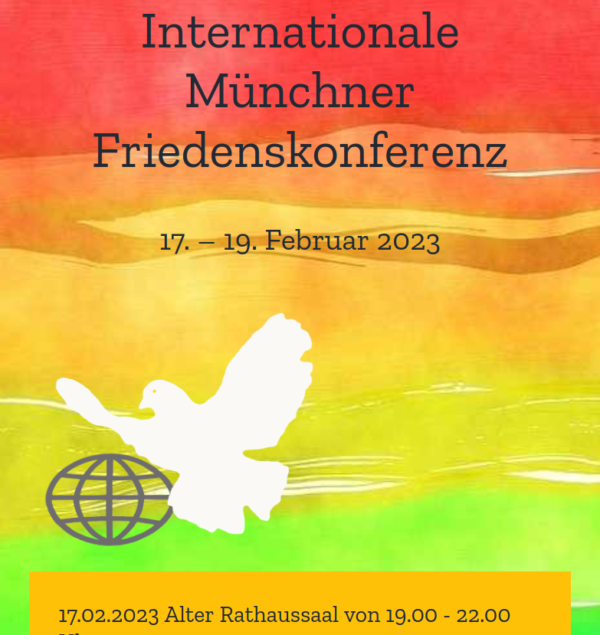 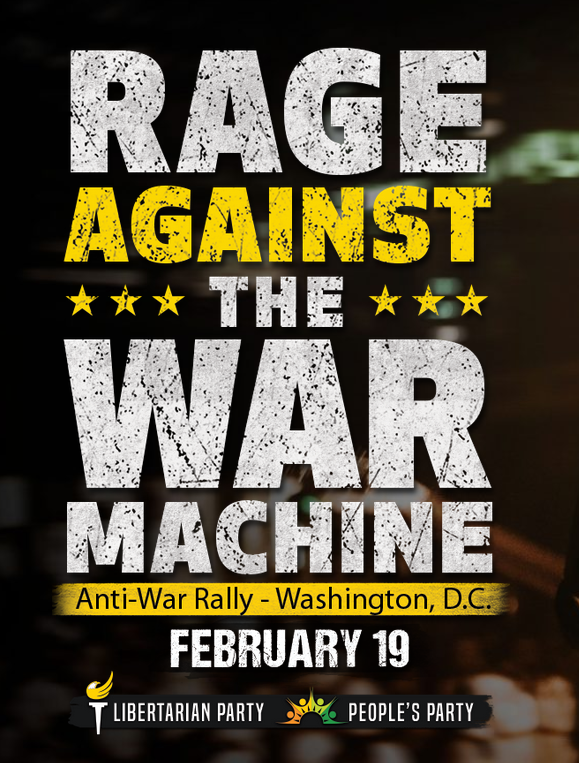 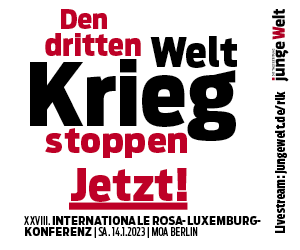 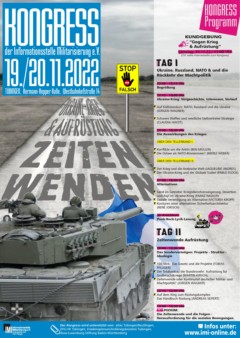 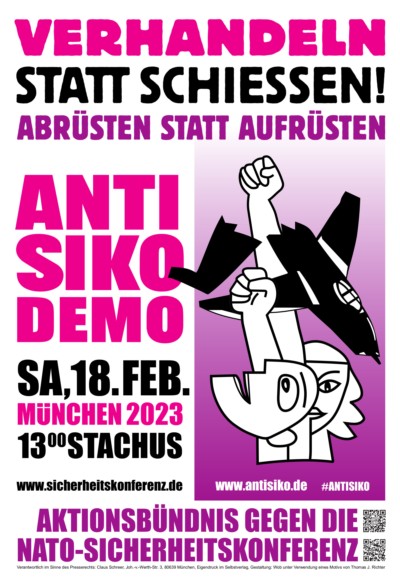 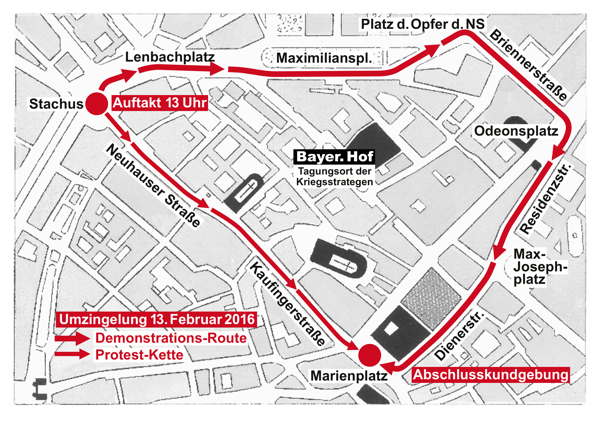 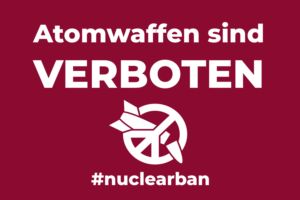 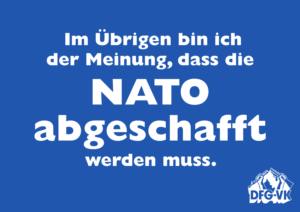